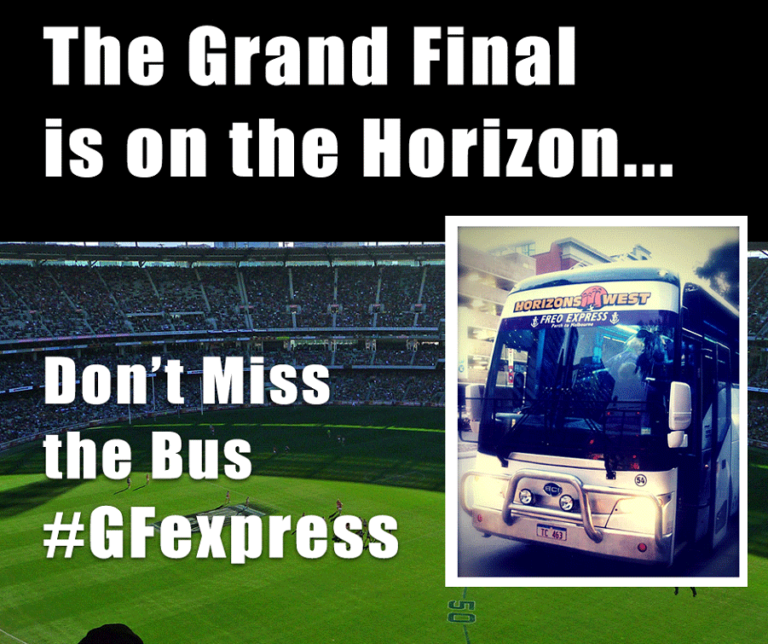 Is there anything more thrilling than supporting your home team at the AFL Grand Final? Are you sitting in front of your TV, away from all the action? While that may be fine for any other AFL game during the season, we think that it’s just not going to cut it for the Grand Final! Why would you want to stare at the screen when you can see your favourite players in the flesh? Especially if it’s our beloved Dockers or Eagles fighting it out in the Final, who need the support of their WA fans to give them the strength to win that trophy!
Of course any die hard Fremantle or West Coast fan would do anything to see their favourites in the Grand Final, but we know that it’s not always that simple. First you have to consider getting flights to Melbourne, which suddenly triple in price and sell out ridiculously quickly, making your dream of getting to the Grand Final almost impossible.
Luckily, we have you covered! If either the Fremantle Dockers or West Coast Eagles make it into the Grand Final, we will organise a fleet of our best buses to drive across the Nullarbor, all the way to Melbourne so you can be in the stands cheering on your favourite team with all your heart. This idea started in 2013 when we took some of the most loyal Fremantle Dockers supporters to Melbourne for their favourite team’s first Grand Final appearance. Not only was it a fantastic feeling to be a part of this exciting event, but we also got to share some amazing laughs and fun times together with fellow Dockers fans, making some lasting friendships along the way.
So have we got your attention yet? Since our terrific WA teams are currently first and second on the ladder, we have a really good chance of seeing one of our teams at the Grand Final! If you’re excited about being in the crowd when history is being made, follow the link below to register your interest! And hopefully we’ll all be cruising across Australia to see one of the WA greats in the Grand Final!
So don’t miss the bus! #GFexpress

Aboard the Horizon’s Express!

Last Stop For the GF Express