Partnerships with Purpose: Wrapping Up The TOC Summer Shuttle Bus 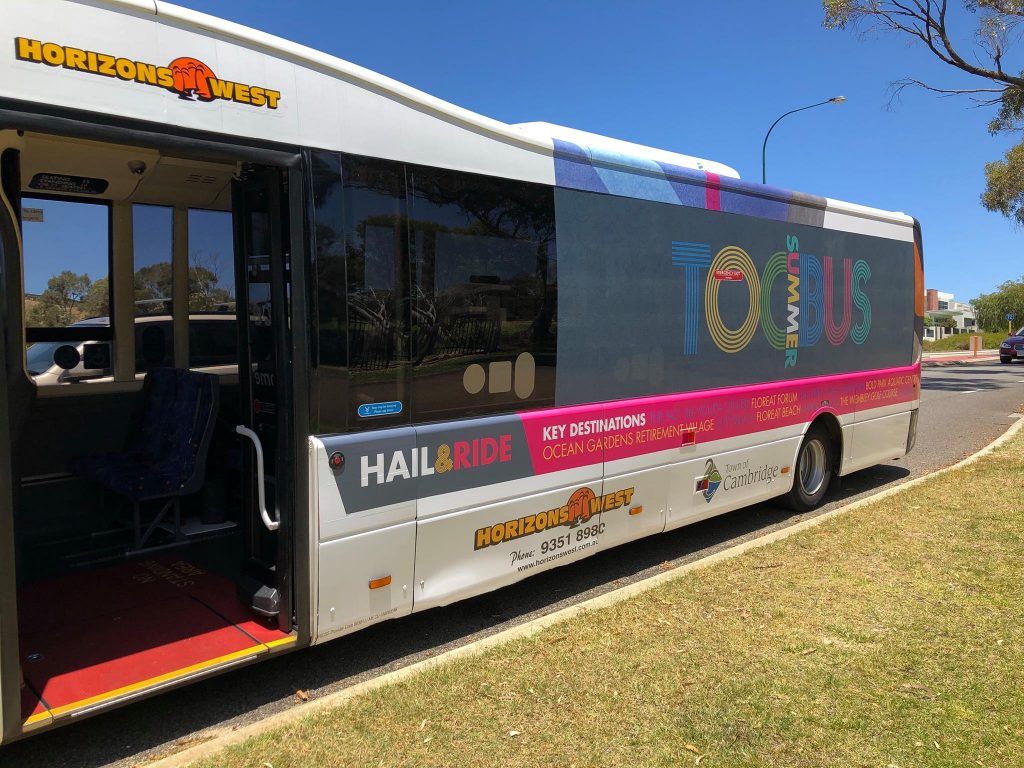 Partnerships with Purpose: Wrapping Up The TOC Summer Shuttle Bus

For those that don’t know, over the summer period, we teamed up with the Town of Cambridge (TOC) to present the first ever Summer Shuttle Bus service!

We wanted to bring a community focus to the service giving the people of Perth free transport to and from Floreat and City Beach, where anyone could jump on and off the bus as they pleased. Looping and winding its way through some of Perth’s top attractions such as Perry Lakes, Empire Village, Wembley Golf Course and Lake Monger, we had over 1,700 people board the Free Shuttle Bus, with the majority on their way to the coast for a much-deserved break from the heat.

Not only did we want to offer a free service for the people of Perth, but we also wanted to get behind the Town of Cambridge mission to reduce parking congestion in and around City Beach by offering a sustainable method of public transport as an alternative to getting in the car.

We serviced the route throughout the Town of Cambridge from 9am to 4:30pm, seven days a week, including public holidays but excluding Christmas Day.

Getting on the bus was easy as people could wave to signal that they wanted to jump on from any Transperth or TOC bus stop along the way. With our trained and qualified driver on board, we kept safety as our top priority and the shuttle bus itself was low to the ground, which was perfect for larger families and seniors!

We also wanted to introduce our new technology into the mix with our Where’s My Bus App. This allowed passengers the ability to track the shuttle bus using Google Maps and more importantly, find out on the fly, how long until they could expect the bus to arrive. The feedback from offering a digital, live update was fantastic amongst the passengers that joined us on board.

To help promote the TOC Summer Shuttle Bus service, the Town of Cambridge offered a snap, share and win competition where the lucky passenger scored free movie tickets, pool passes and mini golf. All they had to do was snap a selfie on board, tag #TOCSummerBus and they were in the draw! Some of our favourites are below.

We want to thank the Town of Cambridge and all the people that got involved in the initiative. Without the passengers this service would not be possible!

If you missed jumping on board the free TOC Shuttle Bus this summer, not to worry, we’ll be working hard to reintroduce the service next year. In the meantime check out our school bus shuttle bus. 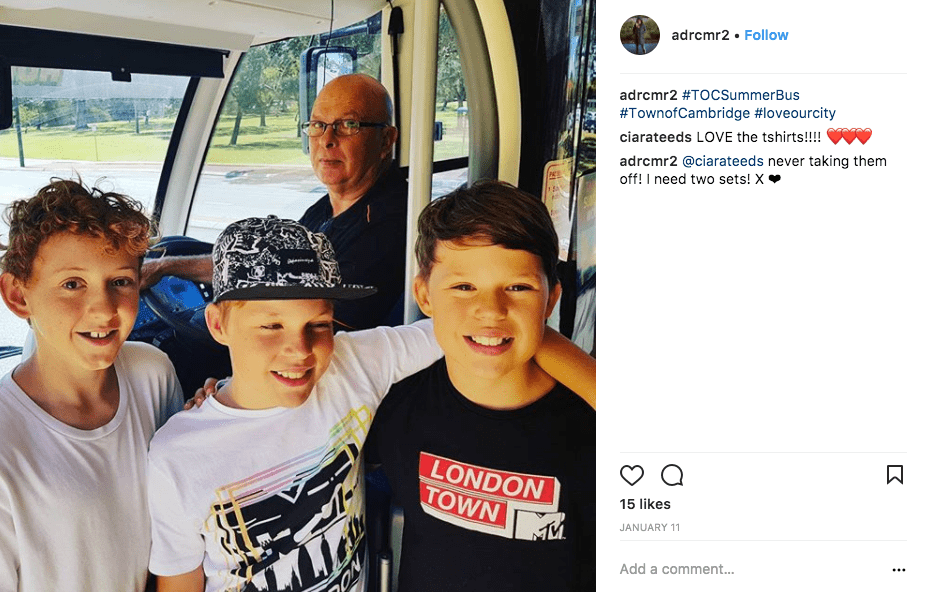 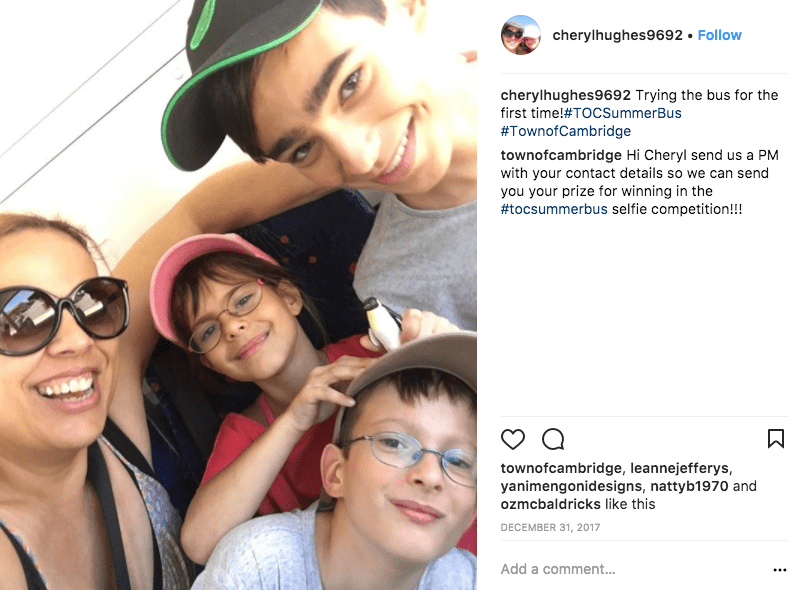 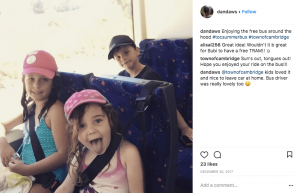 Our Pick of the Bunch: Hot Dub Wine Machine is Back in 2018!

Sculptures by the Sea: How to get to Cottesloe Using Our Free Bus